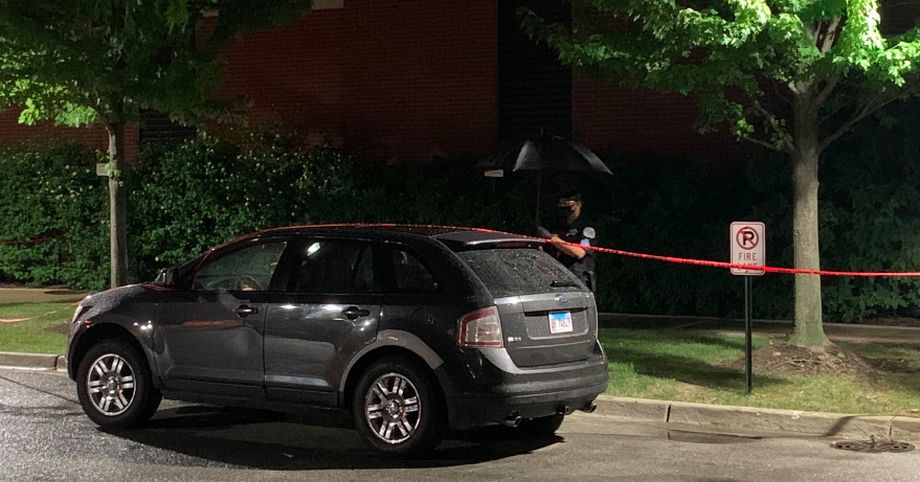 Chicago police use tape to block off an SUV outside West Suburban Medical Center in Oak Park that a 3-year-old boy was riding in when he was fatally shot Saturday, June 20, 2020, in Austin.  | Sam Kelly/Sun-Times

A toddler and four teenagers were among those shot to death between Friday evening and Monday morning. Fourteen people were killed and at least 90 others were wounded in citywide gun violence over Father’s Day weekend, marking the most shootings in a single weekend this year.