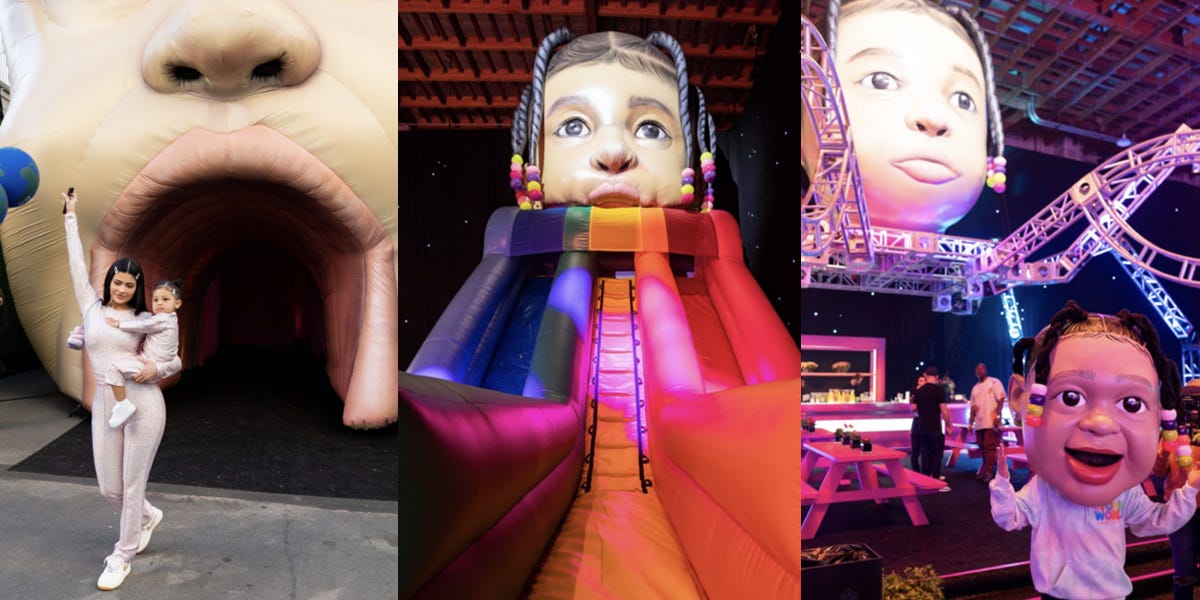 Like last year, guests entered the party through the mouth of a massive, inflatable Stormi head, which is inspired by Travis Scott's "Astroworld" cover art and tour.

But Jenner went all-out with the Stormi heads this year, adding inflatable Stormi heads to the carnival rides and even hiring someone to wear a Stormi mascot head.