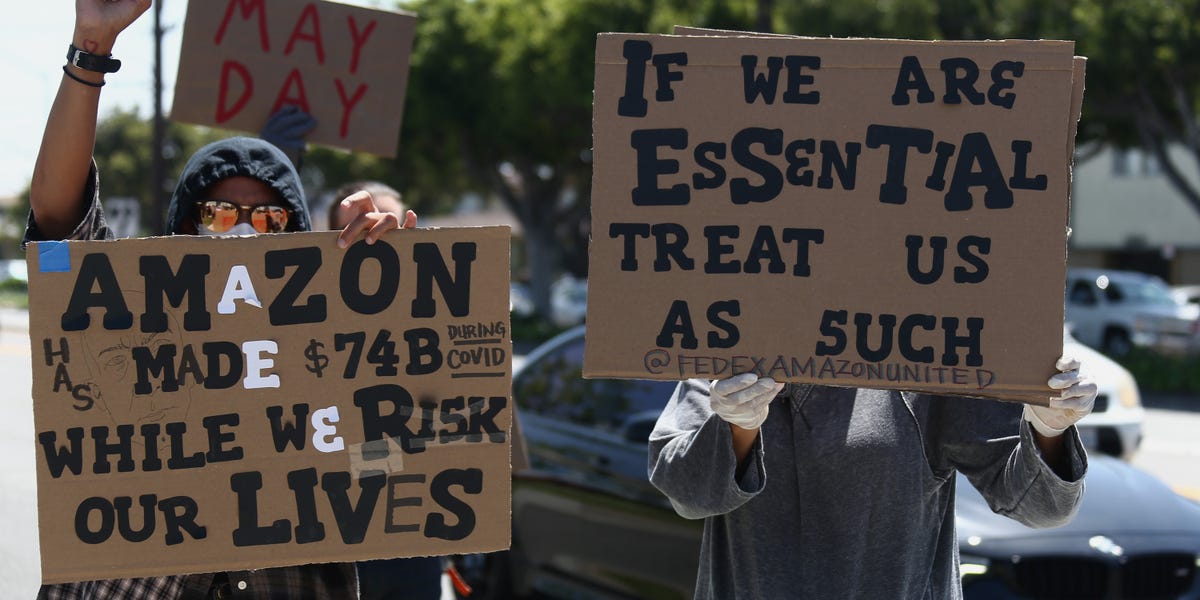 An Amazon worker named John Hopkins published a blog post claiming he was dismissed from the company after handing out union flyers.

Hopkins said officially he was fired for violating social distancing protocol, but claimed this was an excuse.

He said his experience chimes with criticisms made by former senior Amazon engineer Tim Bray, who resigned after reports that Amazon was dismissing workers who protested working conditions during the coronavirus...