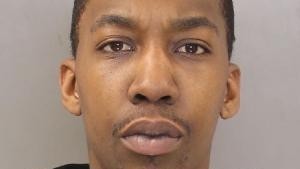 Police say they arrested a 29-year-old man and charged him with attempted murder after he stabbed a man during a robbery at a Middle River home Sunday. Reginald Barber of Middle River is charged with attempted first-degree murder, several counts of first- and second-degree assault and two counts