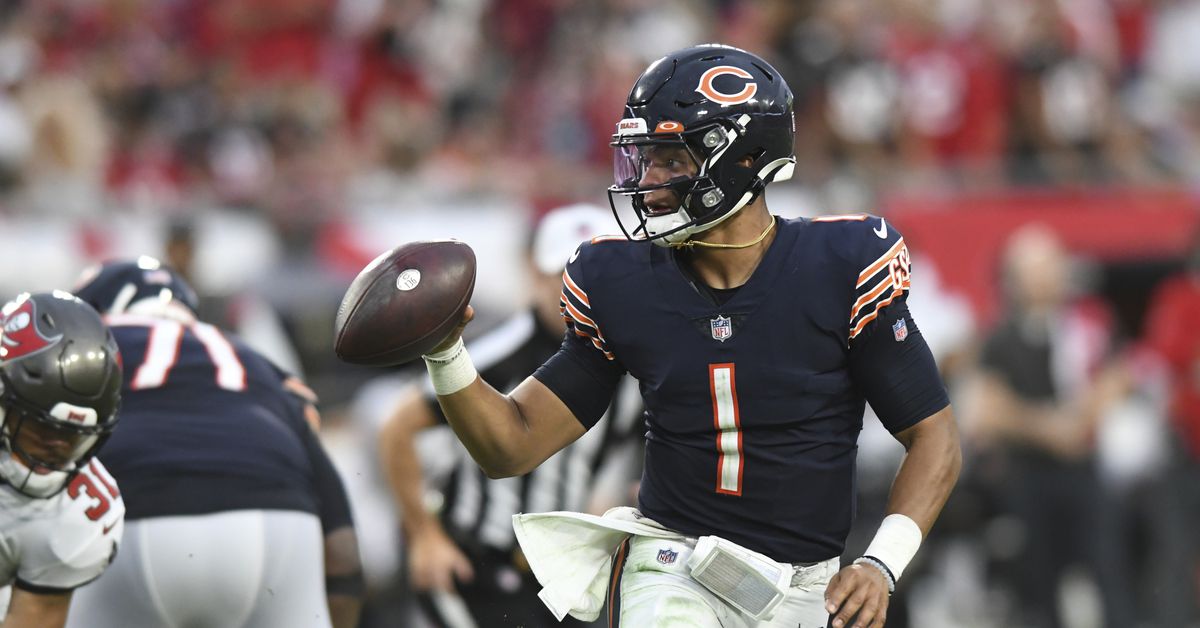 Fields fumbled three times Sunday, pushing his season total to six. TAMPA, Fla. — The Bears’ 38-3 loss to the Buccaneers on Sunday was hard to watch, so it would’ve been easy to miss some of the details. Here’s a look at three of them:

When rookie quarterback Justin Fields fumbled in his preseason debut against the Dolphins, he brushed it off because it didn’t...