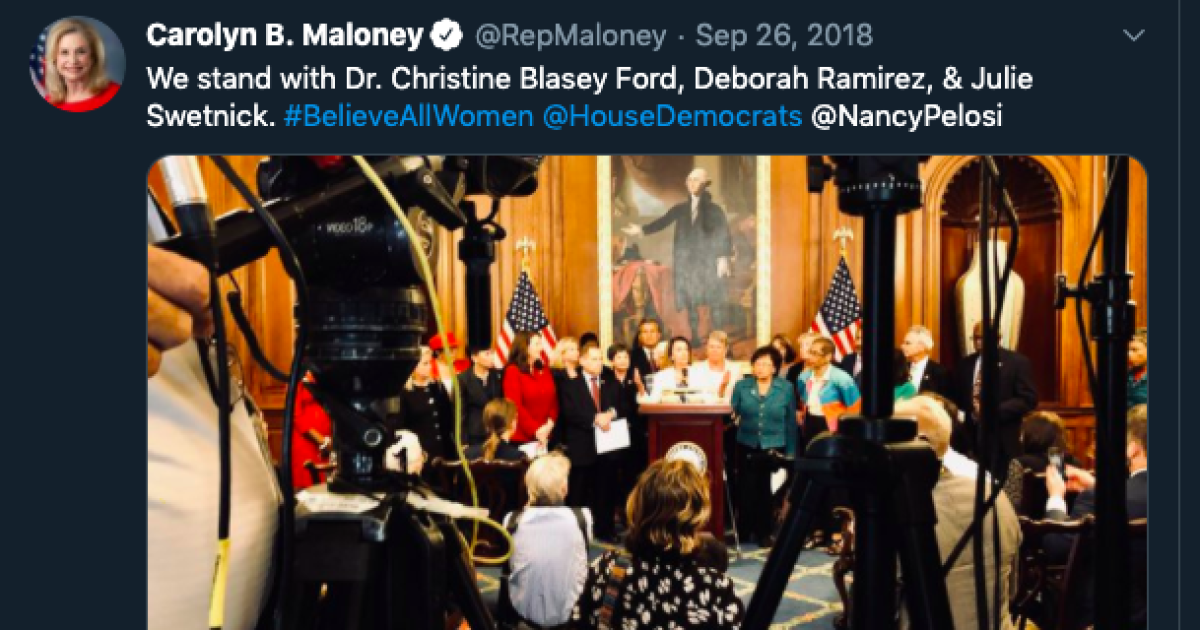 When conservative Supreme Court nominee Brett Kavanaugh was accused of sexual assault, feminists on the Left told us we should believe his accusers. And it wasn't merely that we should take his accusers seriously, or that we should work hard to overcome a societal bias against believing women. We were all told to "Believe Women," which is a vague and over-general statement that many people, including feminists and Democratic politicians, interpreted as "Believe All Women."