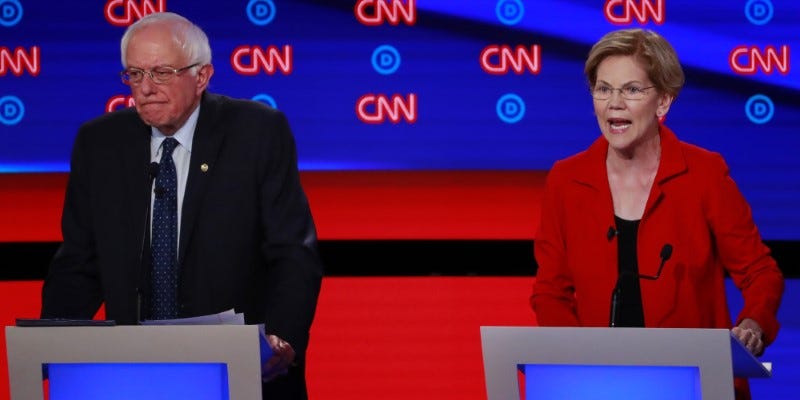 Sen. Bernie Sanders' 2020 campaign is on the upswing, and it's put a huge target on his back.

He's been at the top of recent polls in important early voting states, while also dominating in fundraising and nabbing endorsements from prominent progressive groups.

Though they've been cordial for most of the campaign season, Sanders and his fellow progressive Sen. Elizabeth Warren have taken the gloves off.