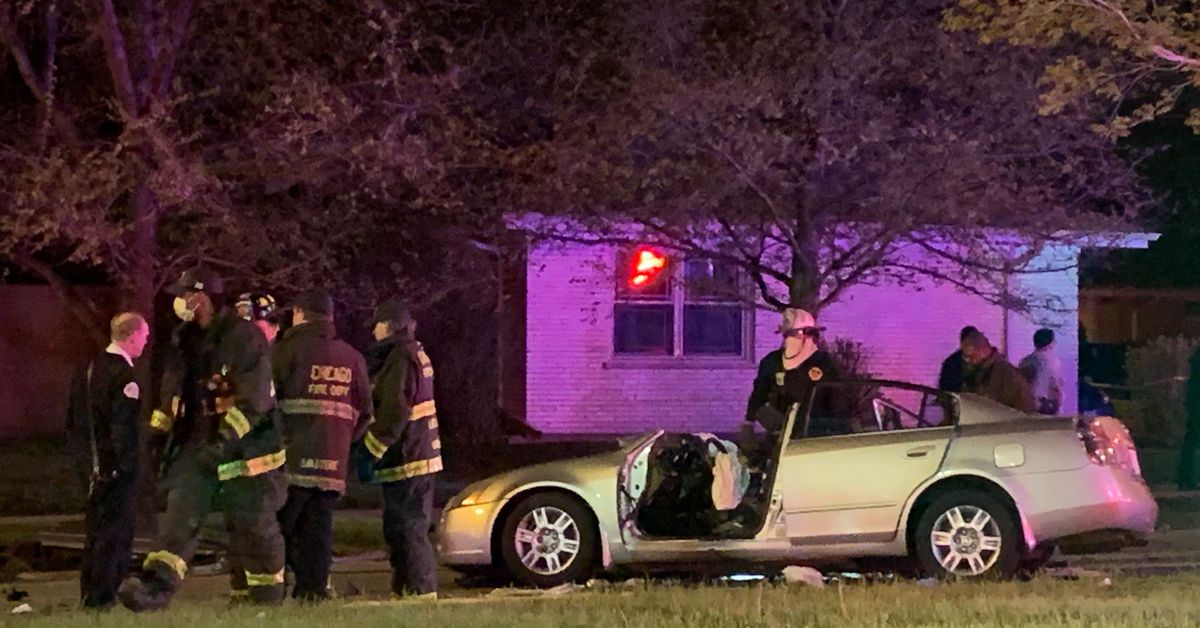 The crash happened about 8:40 p.m. in the 4600 block of West Devon Avenue, according to Chicago fire officials.