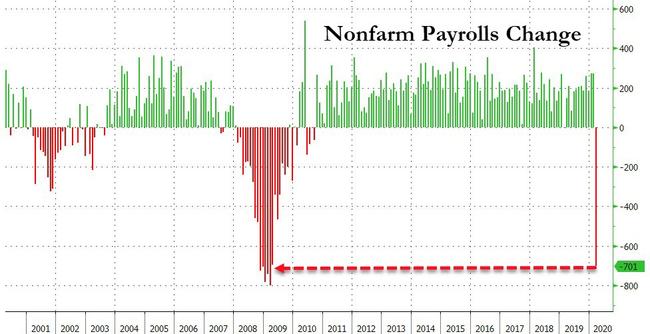 March Jobs Disaster: 701,000 Jobs Lost, Unemplyment Rate Soars Most In 45 Years As US Slides Into Depression

Just like that the 113 record straight months of employment growth is over with a bang.

While today's payrolls report was expected to be not quite as terrible as the recent initial claims suggested, especially since the March survey week took place around March 13 or ahead of the big shutdown and layoff announcements, it ended up being catastrophic nonetheless, with the BLS...