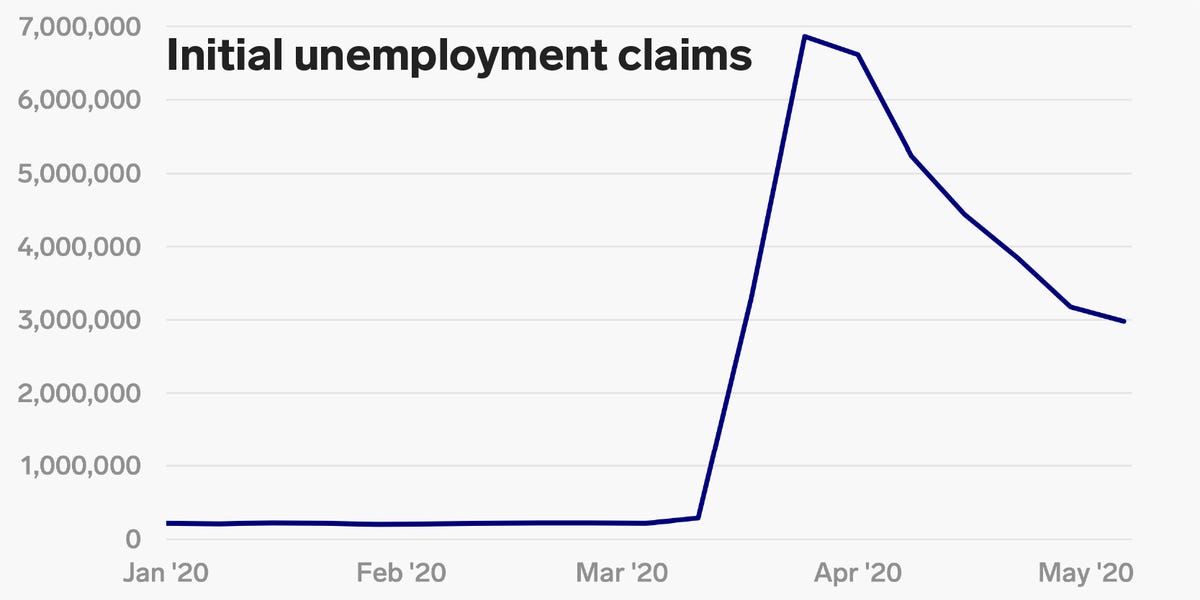 The number of US jobless claims last week totaled 3 million, the Labor Department said Thursday. The median economist estimate was for 2.5 million claims.

That raises the eight-week total to more than 36 million.

It also marks the sixth week in a row where jobless claims have declined but remained highly elevated.

"They remain grotesquely high by all but the most recent standards," Ian Shepherdson of Pantheon Macroeconomics wrote in a note. "In the worst single week...