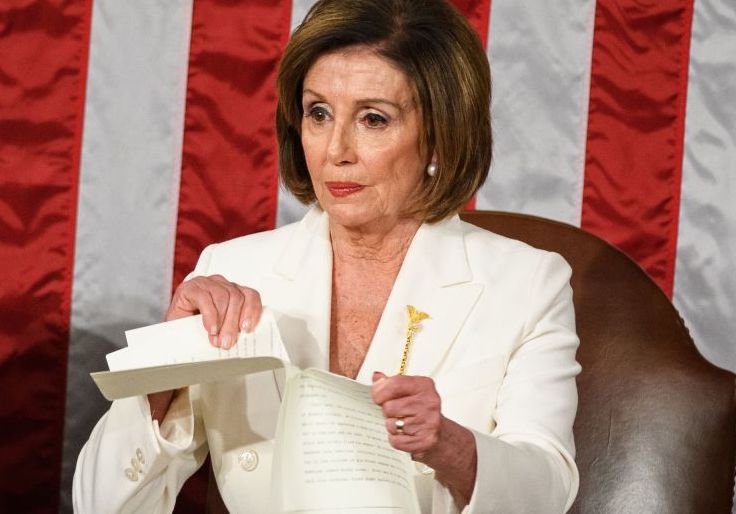 Speaker of the House Nancy Pelosi (D., Calif.) on Sunday referenced her attendance at President Donald Trump's State of the Union address, where she stood up and tore Trump's speech, as an example of her effort to work with the president.

The post Pelosi Cites State of the Union, When She Ripped Trump’s Speech, as Example of Her Bipartisanship appeared first on Washington Free Beacon.