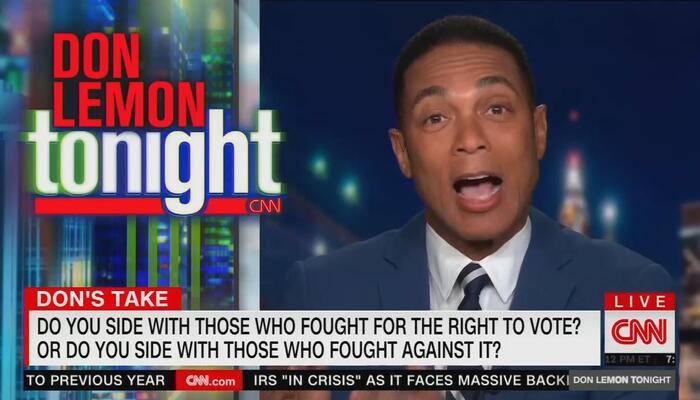 On Wednesday, CNN host Don Lemon leaned into his claim from almost one year ago exactly about Trump supporters that earned him our Chris Cuomo Memorial Award for Worst Quote of the Year.

During his eponymous show, Lemon insisted those who oppose him, President Biden, and other Democrats, aren’t like the KKK, Nazis, segregationists like Bull Connor and George Wallace, and treasonists like the Confederacy, but instead “on the” same “side” as those groups.

One of CNN’s many rhetorical arsonists,...