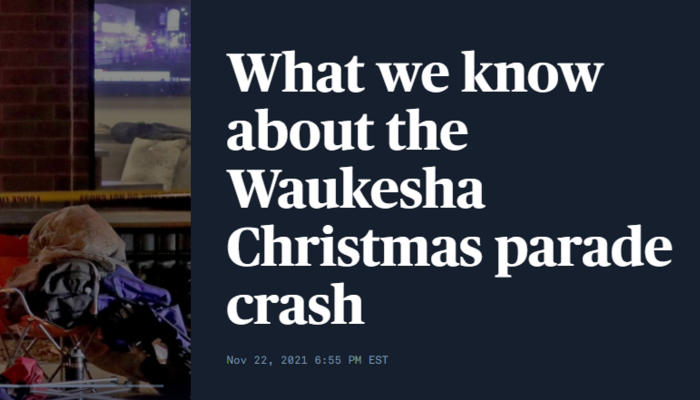 On Tuesday, Sister Toldjah at RedState penned a piece titled "We Need to Talk About How the Media Is Labeling the Waukesha Massacre." While "attack" or "rampage" isn't uncommon, some accounts are somehow softening the linguistic blow.

Newsweek and the Associated Press both used the word “crash” in their headlines: