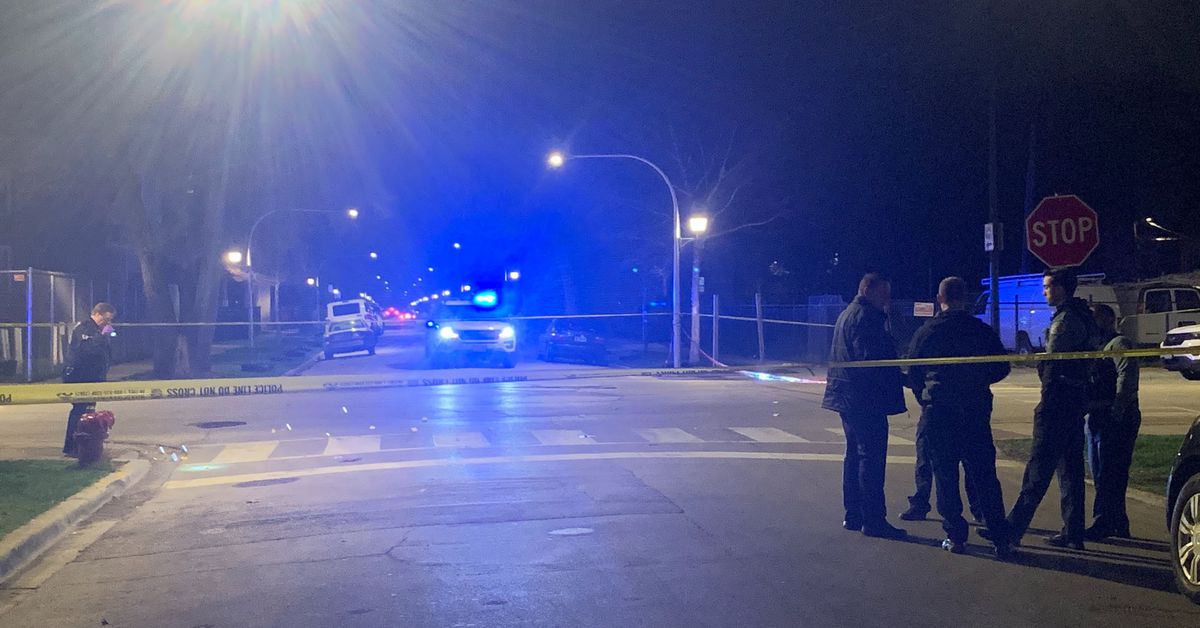 Chicago police investigate after a man was shot to death April 2, 2020, in the 4700 block of West Flournoy Street. | Sam Kelly/Sun-Times

The injured victims included a concealed-carry license holder and a 16-year-old boy who allegedly shot each other during a robbery attempt in Austin. Two men were killed and three other people were wounded in shootings Thursday across Chicago, including a concealed-carry license holder and a teenage boy who exchanged fire during an attempted robbery.