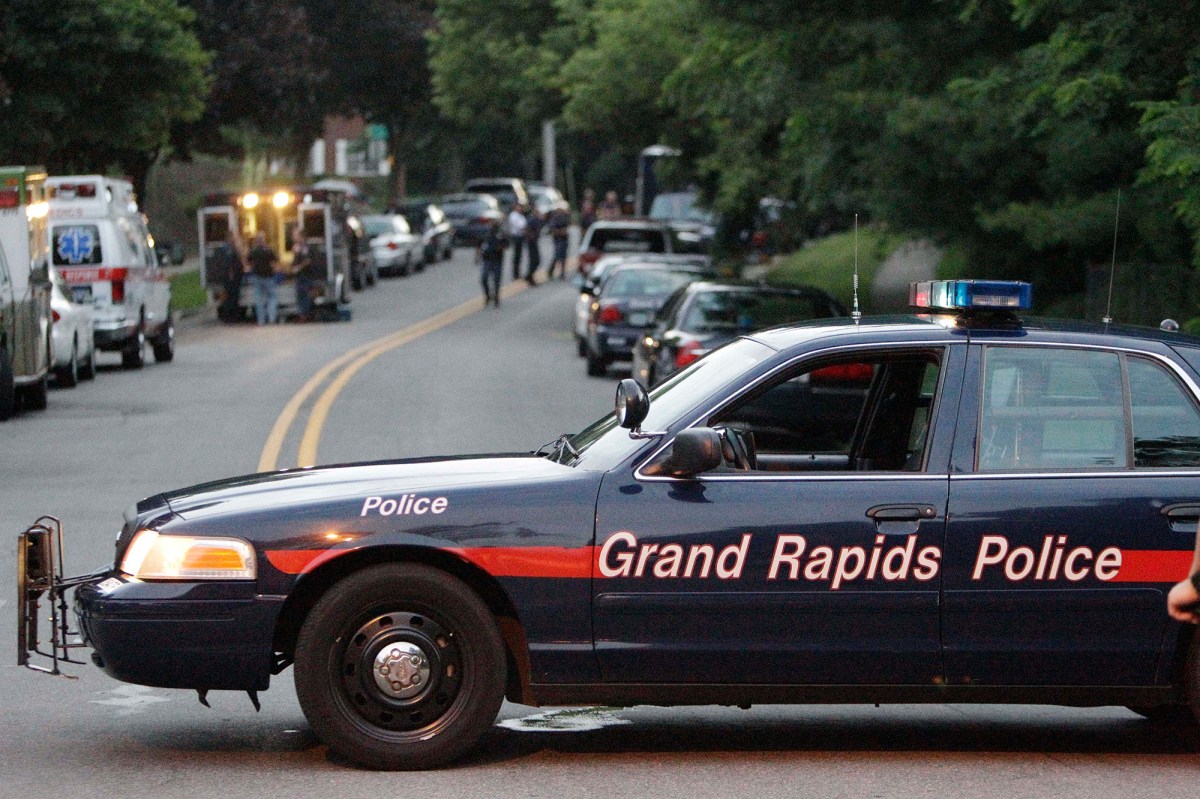 Several people repeatedly shot at an unmarked police vehicle in Michigan during an ambush-style attack, according to a report. Cops in Grand Rapids were interviewing potential witnesses early Thursday, just hours after an officer in an unmarked police car was peppered late Wednesday with bullets by multiple assailants, a source close to the matter told