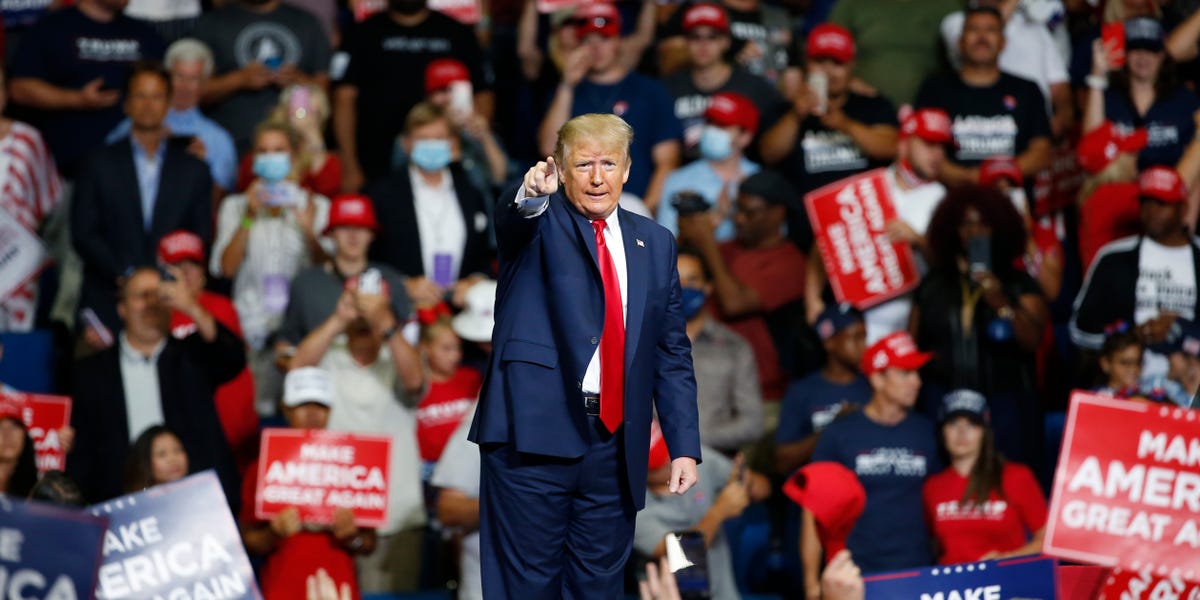 In the video, the president's supporters in The Villages senior community in Florida are met with counter-protesters wielding signs with anti-Trump messaging.

At the beginning of the video, when one anti-Trump demonstrator called a supporter of the president racist, he responded by chanting "white power" and pumping his fist.