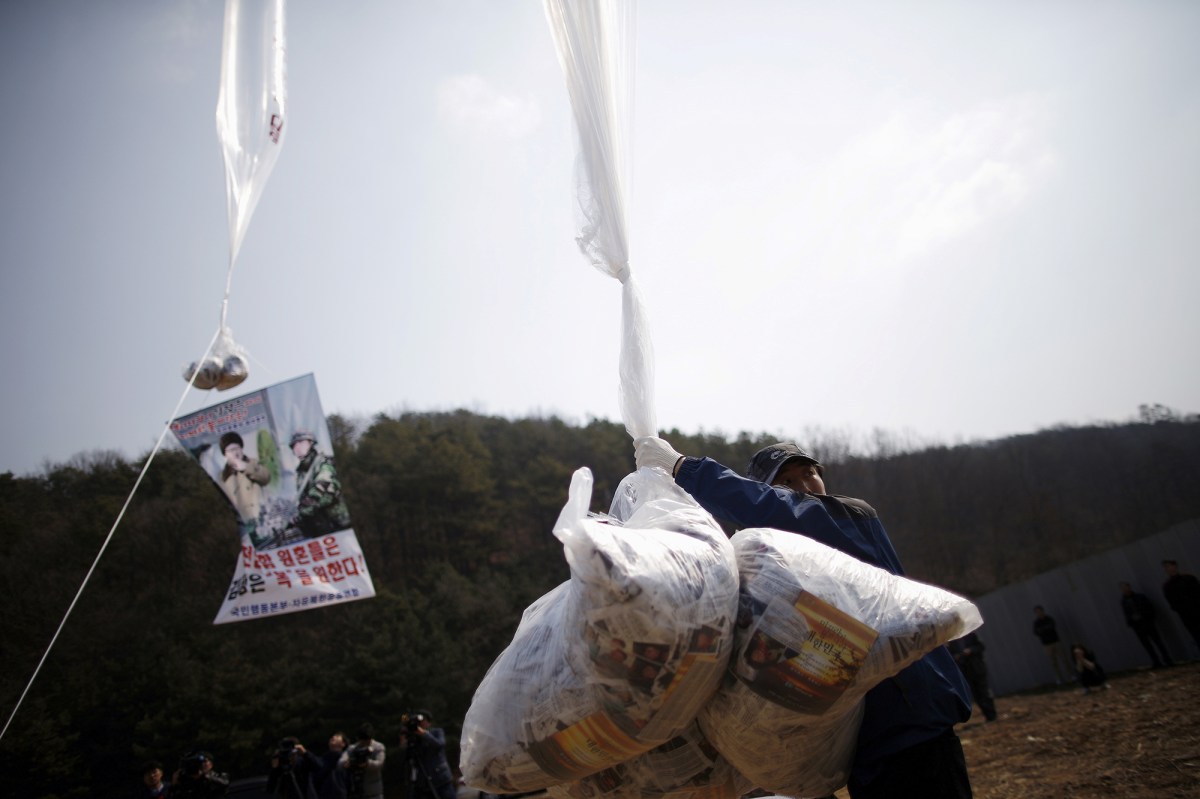 North Korea has decided to take a leaflet out of South Korea’s playbook. Outraged officials in the Hermit Kingdom are sick of the anti-regime propaganda leaflets that have been launched in balloons and bottles by North Korean defectors from the south for years. To get back at Seoul, and by extension its ally the US,