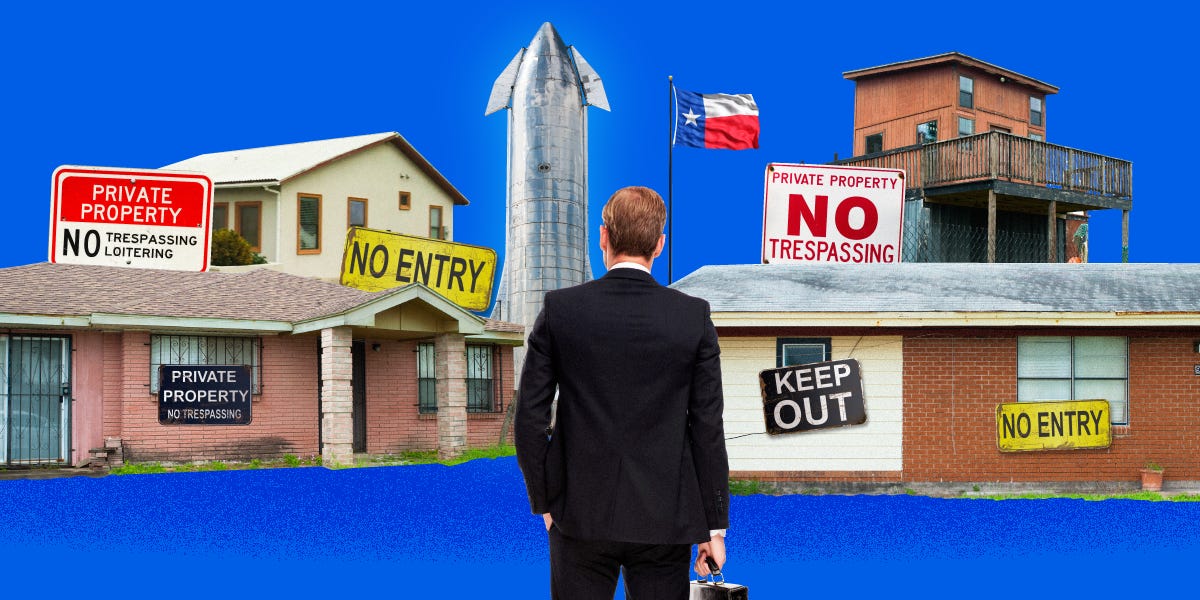 SpaceX, the rocket company founded by Elon Musk, is trying to build a private spaceport in Boca Chica at the southern tip of Texas and one day launch missions to Mars from the site using a system called Starship.

But first, the company is trying to buy out a nearby neighborhood of retiree-age residents called Boca Chica Village to make the launch site safer and easier to use.

A senior executive at SpaceX is visiting holdout homeowners in person to try and convince them to sell to the rocket...