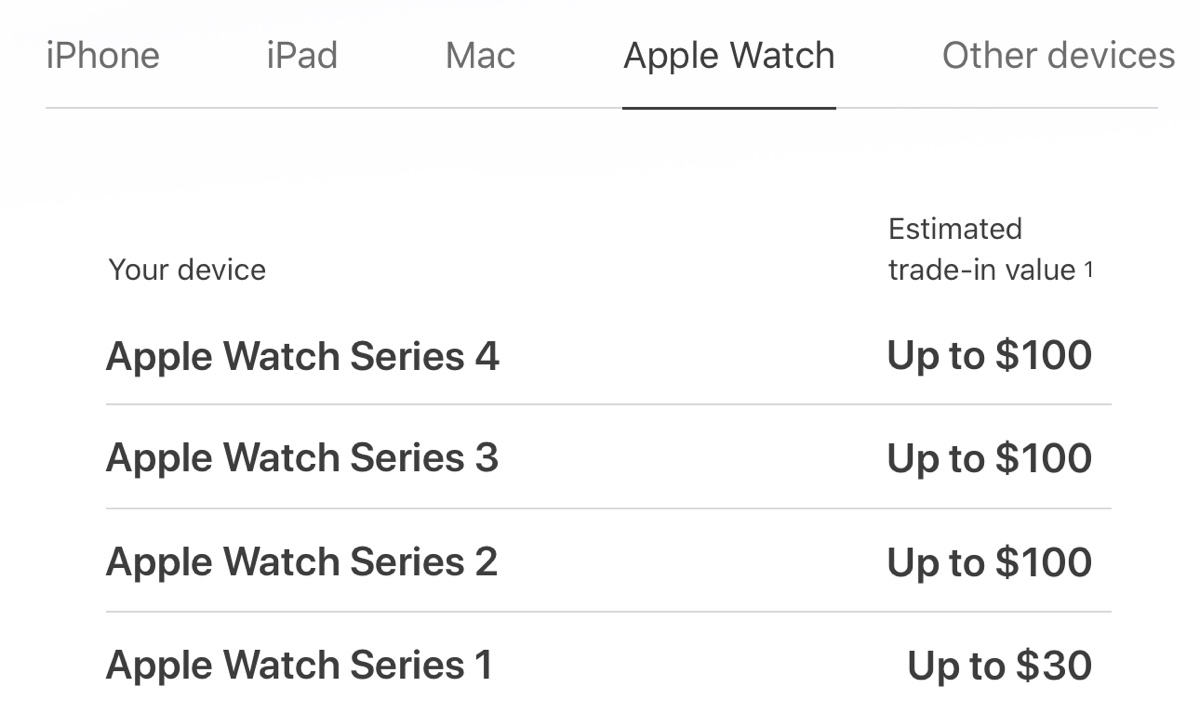 Apple is currently running a new Apple Watch promotion that's ideal for anyone who is considering trading in an older ‌Apple Watch‌ model to purchase a new model.

Apple is offering up to $100 on the Apple Watch Series 2 and ‌Apple Watch‌ Series 3 models, which is a higher trade-in amount than Apple normally offers for those devices.