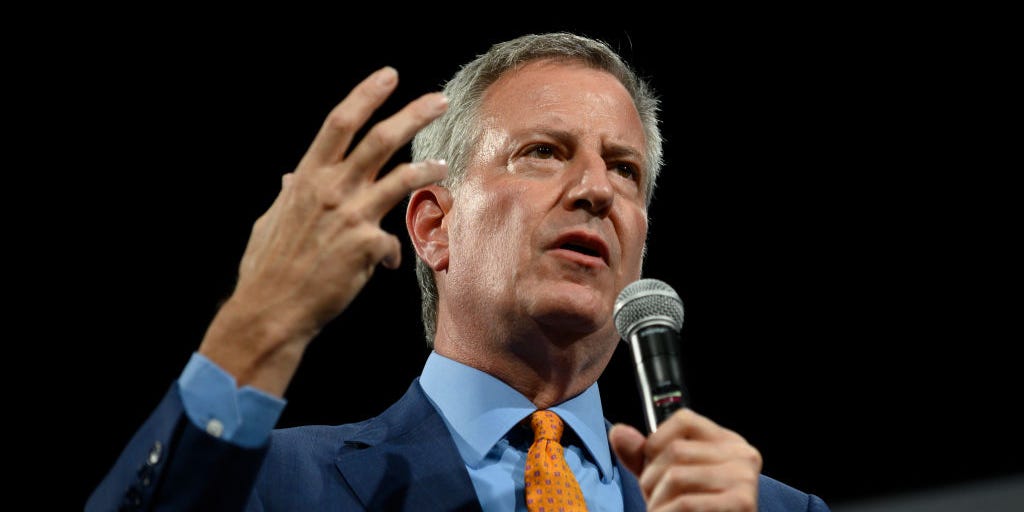 New York City Mayor Bill de Blasio ripped into Domino's for its prices in the city on New Year's Eve.

The mayor tweeted out a New York Post story about a delivery driver running a $30 pizza to revelers in Times Square.

De Blasio's take sparked a discussion about the validity of his criticism on Twitter.

The location's website currently estimates that a large ham and pepperoni pizza with extra cheese costs slightly over $30 to deliver to One Times Square.