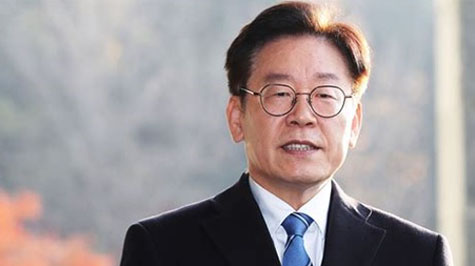 Lee Jae-Myung, who was the governor of Gyeonggi...