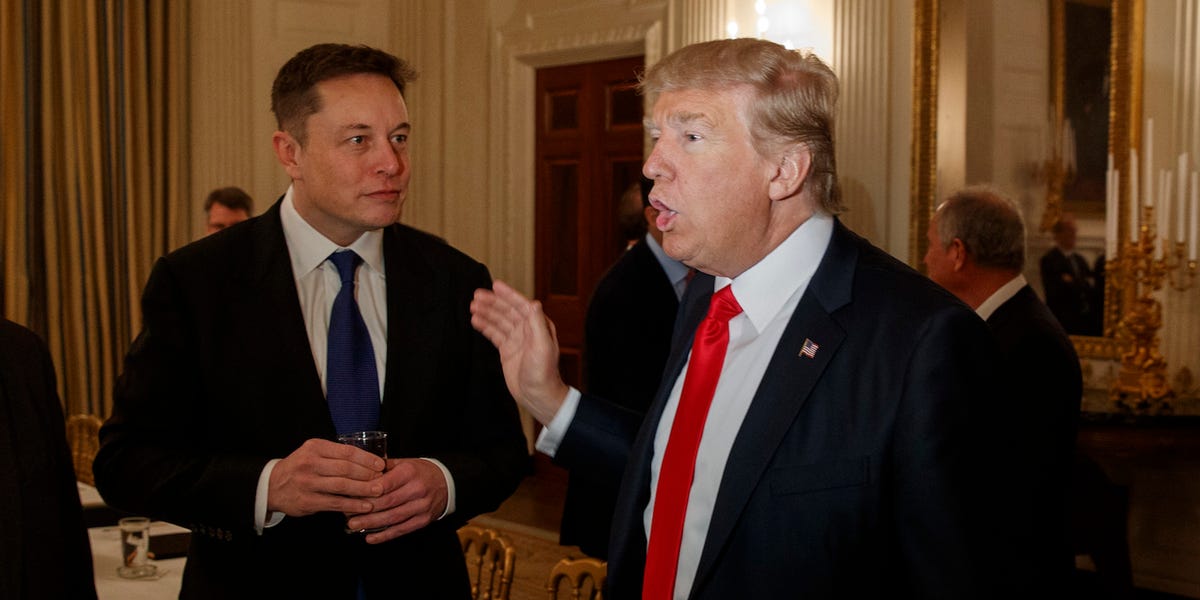 During a phone call with Donald Trump in April, Elon Musk made the case that reopening Tesla's Bay Area factory wouldn't pose a "significant risk," The Washington Post reported Tuesday.

Trump said he agreed 100% with Musk, according to The Washington Post.

Musk has been in a showdown with local officials after he ordered production to resume at the plant in violation of public health orders and dared officials to arrest him.

Trump weighed in on the issue earlier Tuesday,...