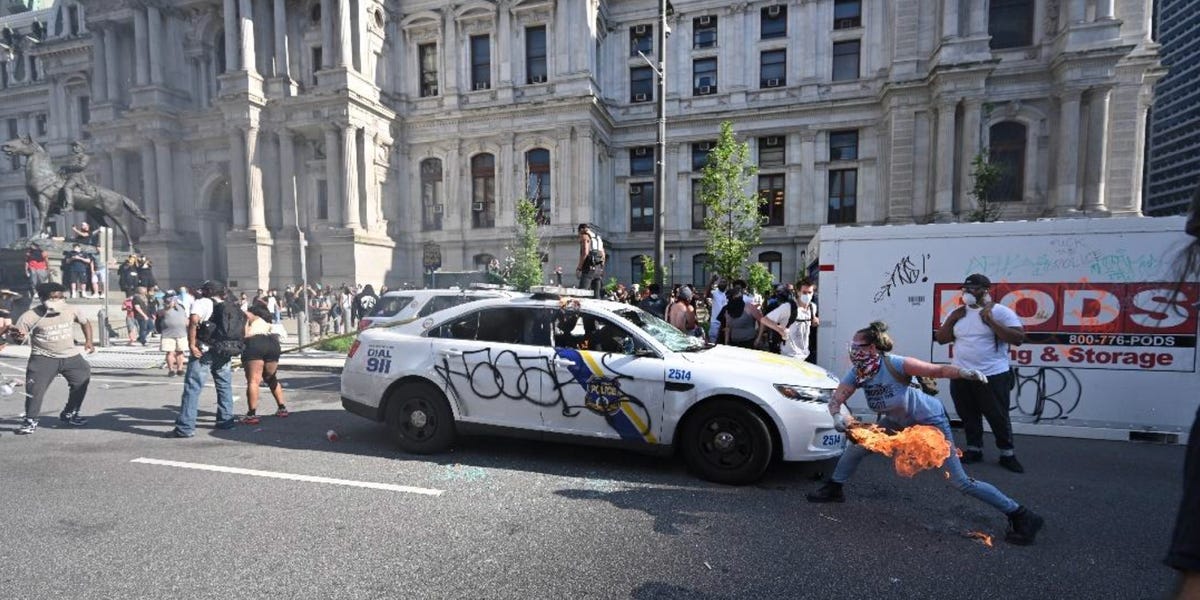 United States District Court for the Eastern District of Pennsylvania

The FBI was able to track down a Philadelphia woman accused of setting fire to a police vehicle through Instagram, Etsy, and LinkedIn, it said in charging documents earlier reported by the Philadelphia Inquirer.

After viewing footage of the woman from a television helicopter, agents said they zoomed in on photos and videos of the protest posted on Instagram and Vimeo to track down the woman.

They said they traced the T-shirt...