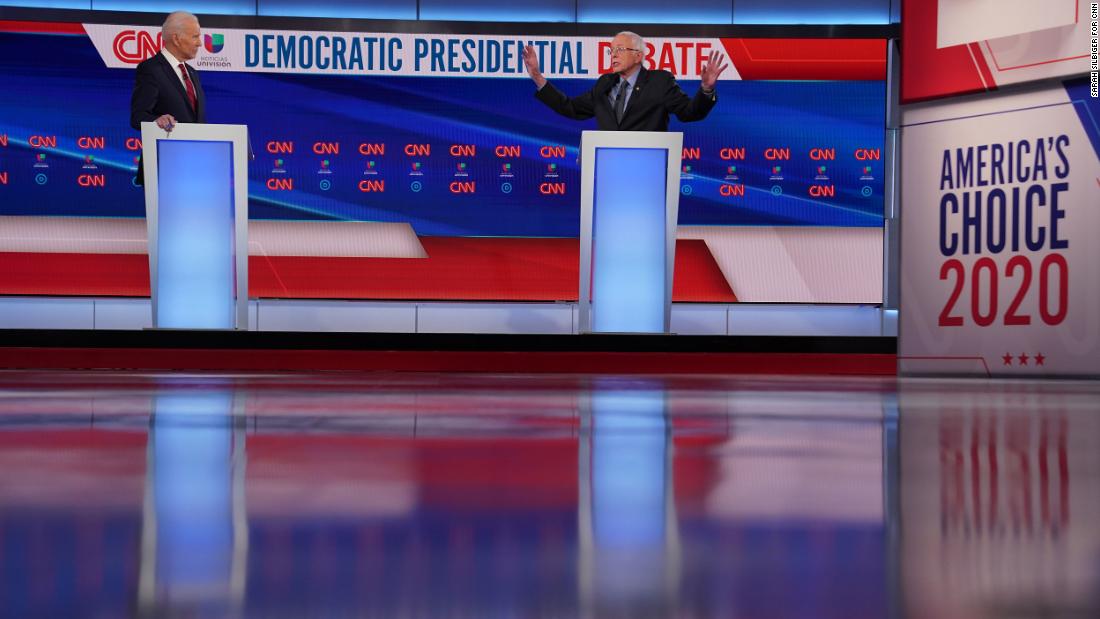 Vermont Sen. Bernie Sanders gave no indication that he is giving up his fight for the Democratic nomination for president during Sunday's night's debate, aggressively challenging former Vice President Joe Biden's record and questioning whether he can generate the enthusiasm needed to defeat President Donald Trump.