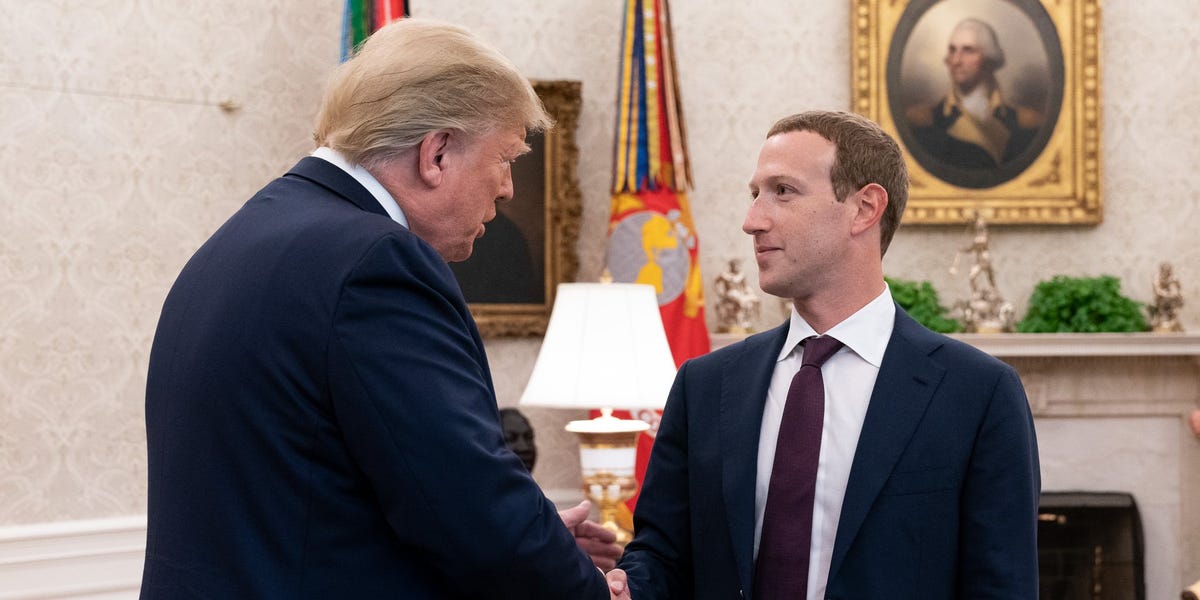 President Trump was asked about Facebook and its CEO, Mark Zuckerberg, in a new interview with CNBC's Squawk Box.

"I heard he's going to run for president," Trump said. "That wouldn't be too frightening I don't think. But he does have that monster behind him."

He also praised Zuckerberg's handling of political ads, which Facebook has taken a hard stand on not fact-checking. "He's done a hell of a job when you think of it," Trump said. "And he's gonna do what he has to do."