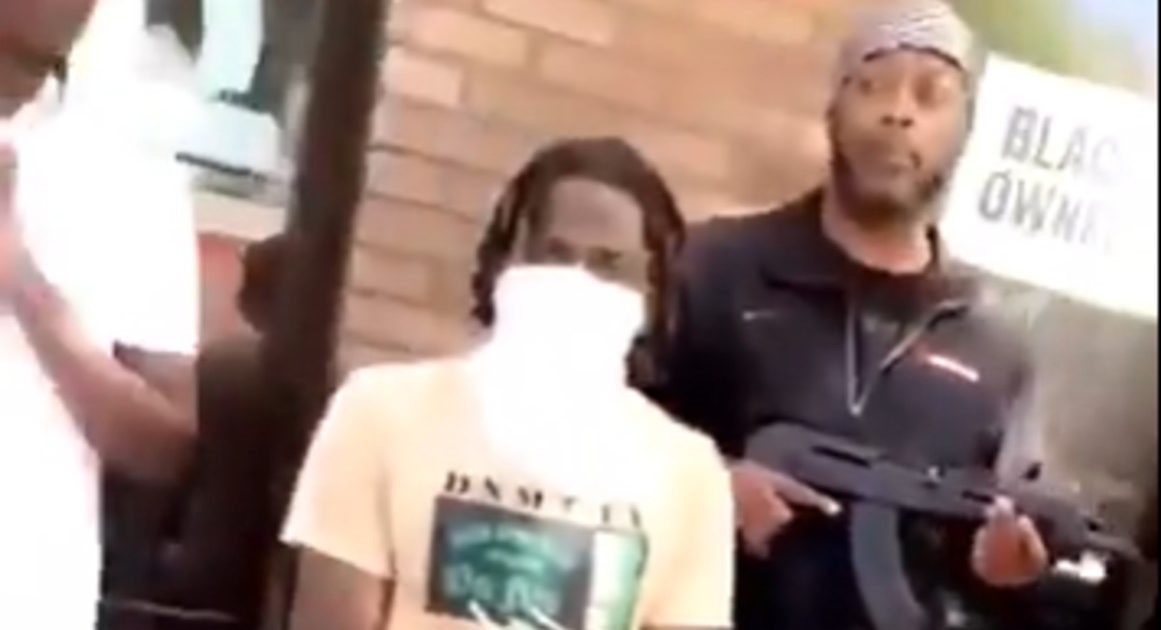 In the wake of the police-involved death of George Floyd in Minneapolis, armed black activists have stepped up as the city endures protests, riots, and looting.

A video of a group of armed black residents in St. Paul went viral on Thursday. The video shows armed black men standing in front of a store. The person who is recording says that the business they're protecting is black-owned. A black gunman can be seen in the background of another video featuring civilians protecting a store.