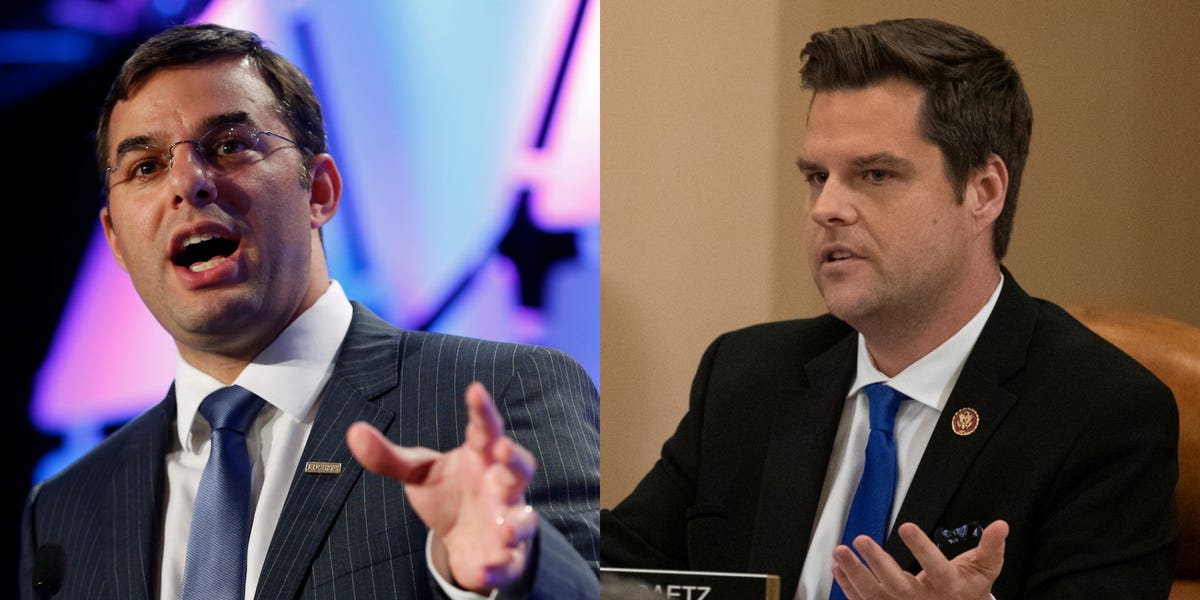 Rep. Justin Amash of Michigan and Rep. Matt Gaetz of Florida engaged in a public spat on Twitter over President Donald Trump's impeachment.

Amash, who was formerly a Republican before leaving the GOP to become an independent, was the first and sole Republican who openly supported Trump's impeachment.

Gaetz, on the other hand, has been a loyal ally to the president and even orchestrated a stunt to storm a secure congressional facility during a closed-door impeachment hearing.