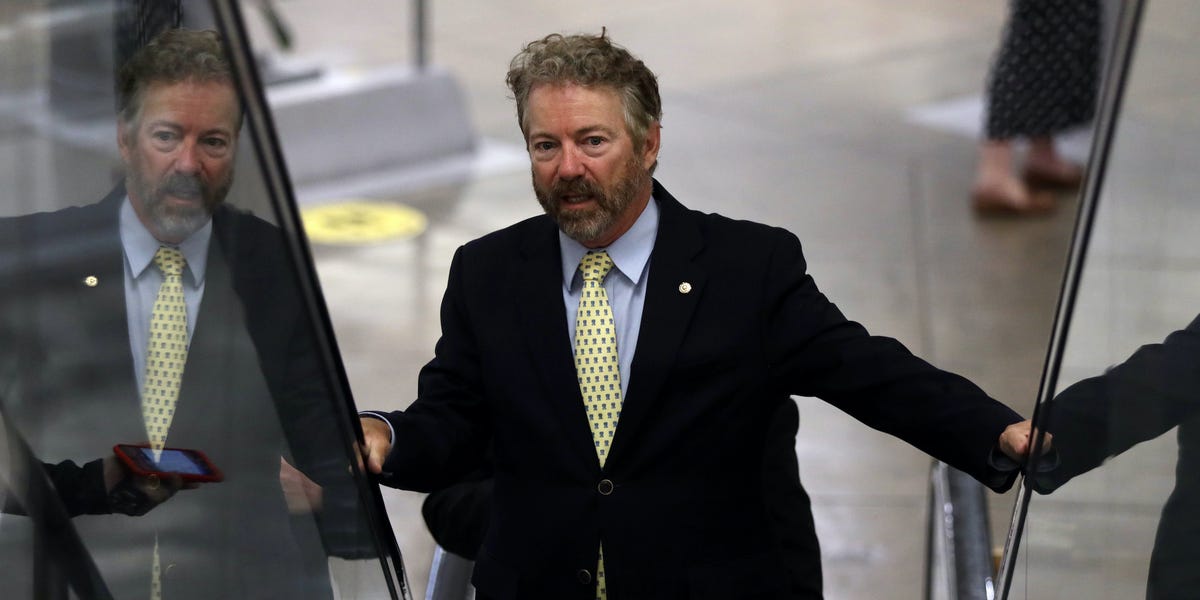 Sen. Rand Paul was spotted by reporters on Capitol Hill Tuesday without a mask, despite the fact that many lawmakers now wear face coverings on recommendations from the CDC.

Paul had tested positive for the coronavirus in March, but was asymptomatic.

He caused an uproar and sent two senators into precautionary quarantine when it was revealed he went to the Capitol while awaiting his test results.

He announced he was free of the virus in early April.

Paul claimed that he...