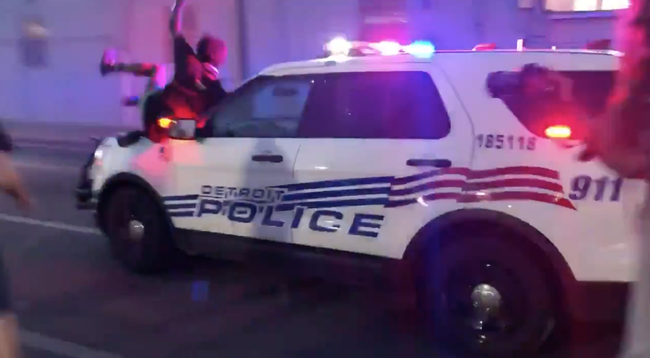 A viral video from a chaotic standoff between police and Black Lives Matter protesters in a southwest Detroit neighborhood is stirring outrage among activists, though in more normal times it should be clear to anyone that things won't end well if one jumps on the hood of a moving police vehicle.

That's precisely what happened Sunday night: a crowd is seen...