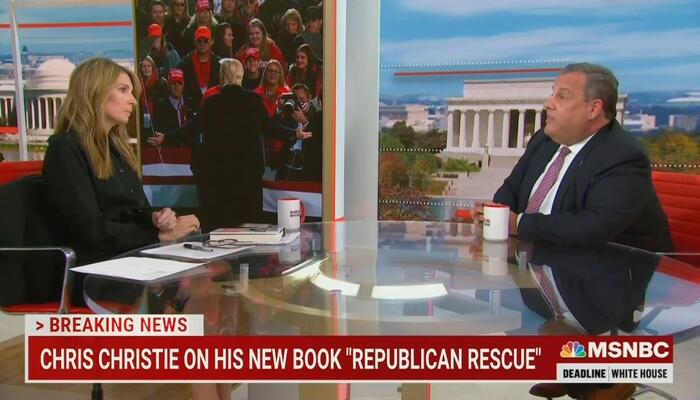 As part of his latest book, former New Jersey Gov. Chris Christie advises Republicans to move beyond Donald Trump and conspiracy theorists, but also gives advice on how to deal with liberal media bias. This was too much for MSNBC's Deadline: White House host Nicolle Wallace on Tuesday as she wondered how Christie could complain about bias when Fox News exists, at one point comparing the fight against Fox to