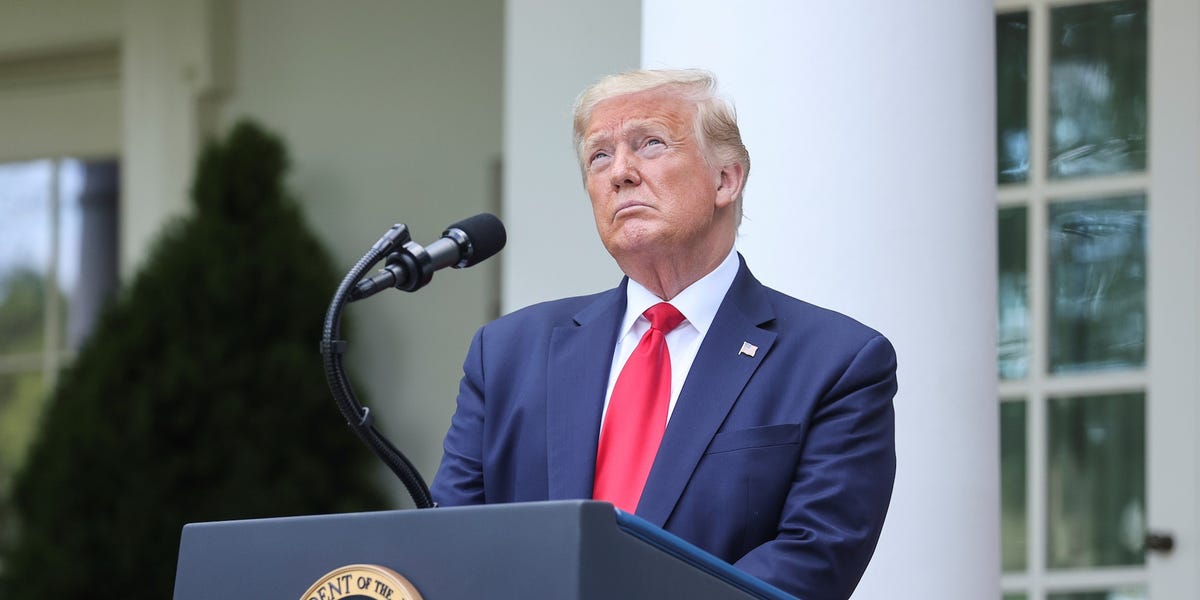 In a Tuesday afternoon event in the Rose Garden, Trump doubled down on promoting a false conspiracy theory that former congressman Joe Scarborough was involved in the death of a former staffer.

Trump claimed that Klausutis, the widower, wants to "get to...