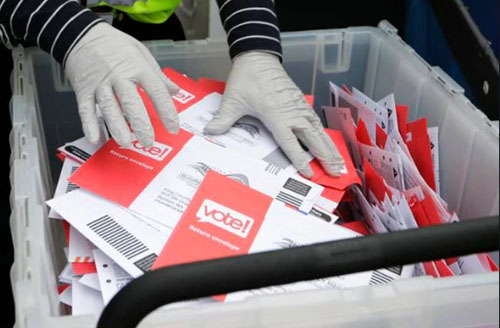 The courts and American citizens must not allow Democrats and their allies in the major media to continue to push for massive vote-by-mail in November, President Donald Trump said.

In an interview with radio host Michael Savage, Trump said that if the Democrats and major media have their way, this will be a rigged election.

Trump has warned of the possibility of widespread fraud if states allow massive mail-in voting.