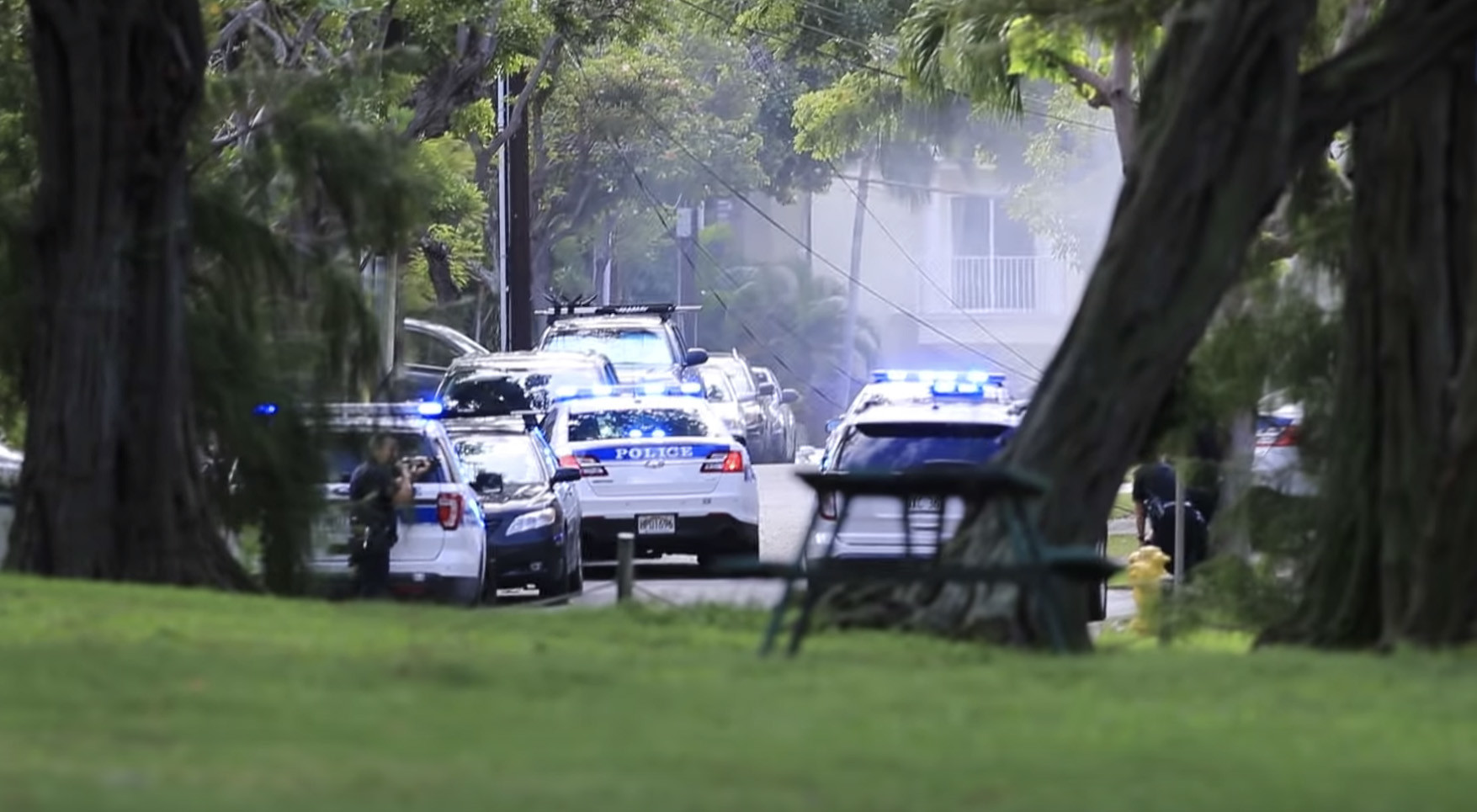 Two Honolulu police officers were shot to death Sunday at a home that burst into flames, and fire spread to houses nearby, reported KITV-TV. The cops were responding to a reported assault Sunday morning and were shot by a man wielding a gun who confronted them, the Honolulu Star-Advertiser reported.