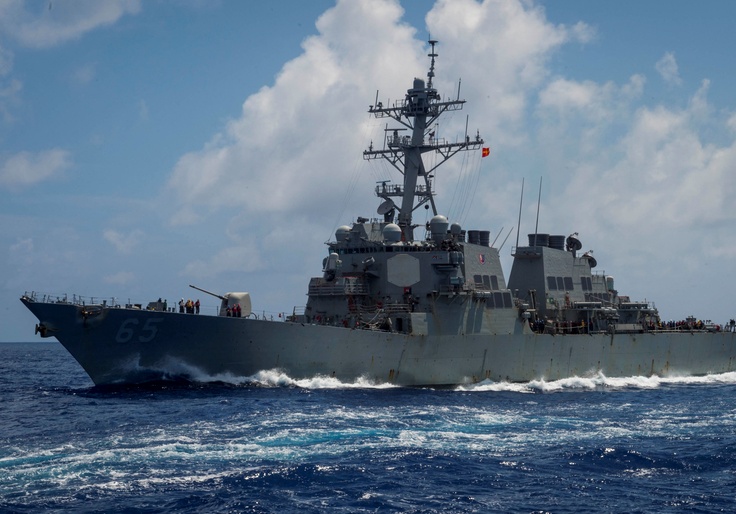 BEIJING (Reuters)—Chinese forces followed and warned away a U.S. warship which entered waters near the Paracel Islands in the South China Sea, the country's military said on Thursday, but the U.S. Navy denied the ship had been warned off.