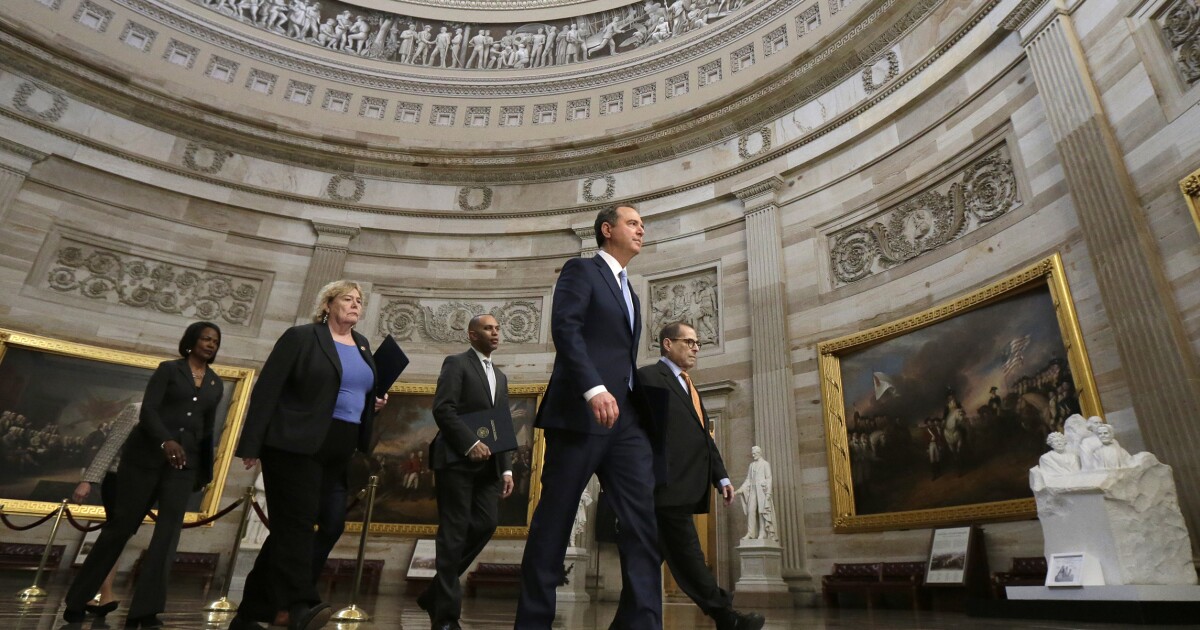 For several months, House Democrats have sought to translate their desire to impeach President Trump into compelling television. They first hoped special counsel Robert Mueller would offer gripping testimony that would jump-start an impeachment effort based on his Trump-Russia report. The show did not turn out as planned. Then they hoped televised hearings on the Ukraine matter would grab the public's attention. But again, no blockbuster.